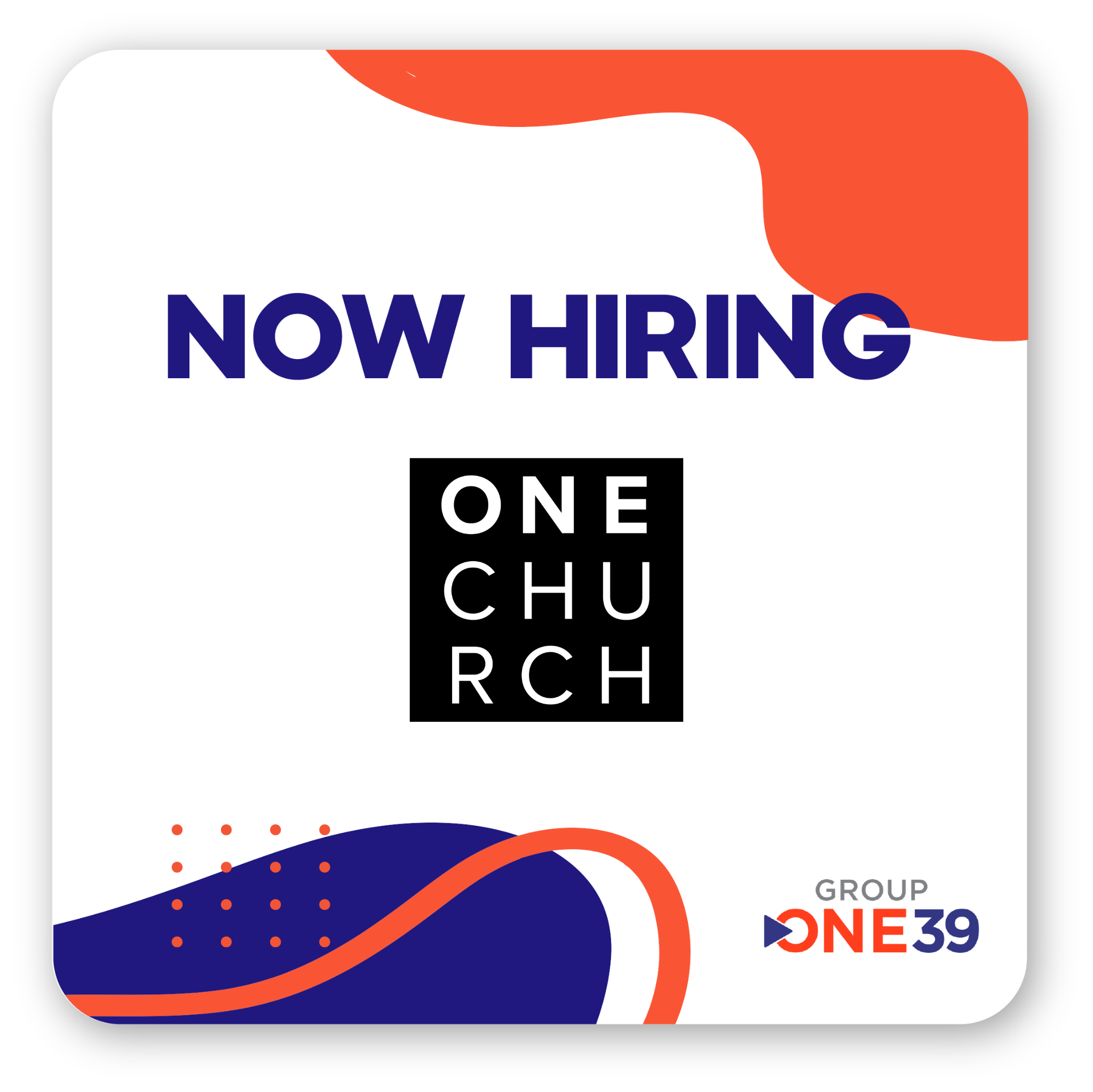 Executive Pastor at One Church in Gahanna, Ohio

The Executive Pastor at One Church will oversee and lead the staff and systems of One Church. They will constantly interact, evaluate, and develop the organization. They will be a gifted problem solver and carry high people skills.

View all  One Church Jobs

Everything starts with an idea. In 2009, God placed an idea in the hearts of Greg & Shaylyn Ford. It was a vision of a church where diverse people can find unity in Christ. The Fords began pursuing where and when God would have them plant, and in 2010, they packed up a Penske truck and moved to Columbus, OH.

For over a year, Greg worked the 5:00AM front desk shift at a local fitness center. Shaylyn worked in the daycare at the gym and played Disney characters for children’s birthday parties to make ends meet. They met thousands of people and memorized hundreds of names. After 9 months of clipping coupons, building teams, finding a location, raising money, and spreading the word, One Church was ready to launch in January 2011.

By 2016, the church had grown to 700 attendees on the weekend and purchased a permanent location on a busy road in Gahanna, a section of the greater Columbus area. The 17-acre, 76,000 sq ft facility allowed them to reach the community more effectively. By 2019, One Church was reaching 2500 people each weekend. Their reputation in the community spread for not only fast growth, but healthy culture, authenticity, and generosity.

In 2020, the global pandemic brought a lot of uncertainty, but it turns out God had prepared One Church to play offense. With the entrepreneurial spirit still fresh, and a 2019 overhaul of tech infrastructure, OC was ready to broadcast to the ends of the earth at a high level. Thousand began joining online, and testimonies were rolling in daily. People were being baptized in bathtubs and discipled on Zoom. Hospital rooms turned into campuses. Small groups became global overnight. God always has better ideas.

In the darkest moments of the shutdown, One Church launched “Love Thy Neighbor”, a fund that raised over $180,000 in donations to pay bills, buy food and medication, and support struggling families during the summer of 2020. When in-person attendance could finally resume, One Church not only came back physically but continued expanding digitally. Heading into 2023, One Church reaches over 3500+ on the weekends, and thousands more during the week with digital content.

It’s go time. Much has been done, but there is much left to do. There’s a blue ocean of opportunity, and God hasn’t run out of great ideas. One Church is currently working on plans to expand facilities and expand its digital ministry. The Great Commission is the driver, and Luke 10:2 is the prayer, “The harvest is great, but the workers are few. So pray to the Lord who is in charge of the harvest; ask him to send more workers into his fields.”

Igniting a Movement to Reach a Disconnected Culture

+ ALIGNMENT
Everyone Pulling in the Same Direction

+ DIVERSITY
We are Better Together

The Executive Pastor at One Church will oversee and lead the staff and systems of One Church. They will constantly interact, evaluate, and develop the organization. They will be a gifted problem solver and carry high people skills.

Columbus, Ohio, is a fascinating and fun-filled U.S. Midwest hub, where you’ll find a variety of things to do in diverse neighborhoods. From family- friendly excursions to outstanding performing arts, people of all ages will enjoy an array of activities. As the state capital, it is also home to one of the largest college campuses in the country, so it’s packed with energy and creativity year-round.

One Church is located in the thriving suburb of Gahanna, Ohio. Previously named one of Ohio’s best hometowns (Ohio Magazine), this community is one that attracts families as a place to plant roots and build a legacy. A spirit of community permeates this city and is evident in the way it supports its residents. Local nonprofits and various city-sponsored events reinforce unity and provide space for the underserved and those within the special needs community to feel supported and involved. One Church has a great opportunity to build on these ideals through the outreach programs it executes to impact the community.